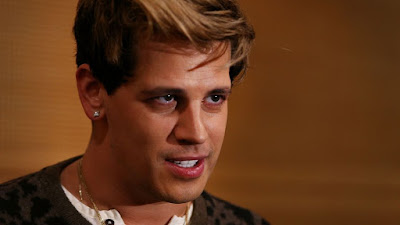 
“When colleges start to take intellectual and political diversity as seriously as they take the more superficial forms of diversity,”

“I want people to be allowed to make jokes about, and discuss, anything they want. I don’t think people should be ostracized for doing so.”

“what happens when you tell everyone that their worth, their ability, their right to speak on certain subjects and—shudder—their “privilege” is, like original sin, based on what they were born with, rather than any choices they’ve made or who”

I’m socially conservative in some things. I don’t know a label that fits, honestly.

“Identity politics is universally attractive because it enables failures and weaknesses to be spun as the products of oppression and historical injustice. Personal responsibility is removed from the equation.”

“The new brand of political correctness, popular on college campuses and social media, is the idea that no speech should exist that directly challenges politically correct ideas.”

“proof that free speech and the truth wrapped in a good joke will always be more persuasive and more powerful than identity politics. I”

“Many of the basic luxuries we take for granted today like two-day weekends, eight-hour workdays, and basic occupational health and safety, were won by leftist worker’s rights movements.”

“To the typical actor, threatening to leave the United States over the election was just another set of lines to read.”

“In politics, victory goes to those with cunning, mettle and deviousness, not those who have facts and principles on their side.”

People are messy and complex, particularly in the homosexual world.

I always believe in facts.

“I studied the Quran a great deal. I came away from that study with the conviction there have been few religions in the world as deadly to men as that of Muhammad.” —Alexis de Toqueville I”

“It’s weird how obsessed the media is with calling everyone racist, isn’t it? It’s almost like they want everyone to be racist or something, for some reason.”

“I’d prefer a world with no identity politics. I’d prefer we judged people according to reason, logic and evidence instead of barmy left-wing theories about “oppression.”

Most of the federal government could be shut down.

First and foremost, I’m a journalist. My business is the truth. Now, I happen to be other things, too – a pop-culture phenomenon, the most in-demand speaker on the campus lecture circuit, whatever.

I believe in and love the populist, nationalist, antiglobalist rebellion happening all over the West.

“Aggressive public displays of virtue are where the morally deplorable hide.”

“Be twice as funny as you are outrageous, because no one can resist the truth wrapped in a good joke.”

“Puritanism,” wrote H.L. Mencken, whose lifetime spanned the first progressive era, is the “haunting fear that someone, somewhere, might be happy.” Who”

‘White supremacist’ and ‘white nationalist’ aren’t like ‘meanypants’ – you can’t just attach them to people you don’t like without any thought to the consequences. The progressive Left has done it to ordinary Americans for decades. The result? President Trump.

Quotes by Milo Yiannopoulos on Europe

We really don’t have free speech protections. I mean, if it exists, there are rules about it. If it exists, it is regulated in Europe, you know?

Europe has an incredibly long, bloody history based on an excess of nationalism which has also created a lot of amazing art. The issue is that America also imported a lot of that wholesale, dropped it onto this other big continent over the sea, and that’s worked really well so far, but my view is that a little breather is necessary to make sure that – because Europe is about to fall, Sweden is going, Germany is going, France is going, America is going to be the preserver of that inheritance.

Hillary Clinton has shown no indication whatsoever of stemming the tide of Islamic immigration, or stopping our mollycoddling, and pandering to Islam. These things are direct threats. Not just to culture, but to the lives of gay people in America.

Donald Trump is obviously the most pro-gay candidate in American electoral history.

America’s got to look after America again. That means taking a realistic appraisal of who is actually at risk in this country, not whining feminists, or whinging Black Lives Matter activists, but gay people and women at risk from Islam. Also, so people in this country who have been treated badly, lied to and lied about. An honest appraisal of who actually needs government attention in this country. And when all of that is done, then we can think about interfering elsewhere again.

In the gay world, some of the most enriching and incredibly life-affirming and shaping relationships, very often between younger boys and older men, can be hugely positive experiences for those young boys. They can save those young boys from desolation, suicide and drug addiction, all sorts of things, providing they’re consensual.

I do not support pedophilia. Period. It is a vile and disgusting crime, perhaps the very worst.

A points-based system like Australia has zero Islamic racial immigration.

Now, some of the most dangerous places for women to be in the world are modern, Western, rich European countries. Why? One reason. Islamic immigration – it’s got to stop.

There’s something whimsical, satirical, and silly about British humor, which Americans have always enjoyed, and lots of us come over here because we have an audience of people who enjoy it.

People are messy and complex, particularly in the homosexual world.

I believe America went wrong in terms of respecting the First Amendment, the state of free speech on American college campuses and on the media and in academia.

Racial, globalist free markets hasn’t worked for everybody in America – hasn’t worked for at least the white working, or lower middle class in America don’t perceive that it has worked very well for them. It hasn’t served everybody, and a bit of protectionism – for many American voters – seems like quite an attractive thing.

Quotes by Milo Yiannopoulos on Europe Yiannopoulos on Seminar (CPAC) following the movie moved viral and also board members flocked to his booking. In Addition, Yiannopoulos dropped his book deal with Simon & Schuster Because of the remarks. Famous Milo Yiannopoulos Quotes The others caved,” he also wrote. “I’d be erroneous to allow my bad choice of words Detract in my coworkers’ crucial coverage, therefore now I’m resigning from Breitbart News,” Consequently, published a statement Saying they admitted his resignation. Amazing Milo Yiannopoulos Quotes The seminar, a long time gathering spot for grass roots conservative activists from across the nation, will open its doors Wednesday day at National Harbor, Dangerous Quotes by Milo Yiannopoulos Maryland, right out Washingtonto get a dialogue which stretches throughout Saturday. CPAC, since the summit is famous, always has include its share of controversies over speakers and bands represented — this season’s event is stoking specially fierce disagreement over who should be regarded as part of their conservative movement?

In a chapter titled "Al-Jumah," which means "the day of assemblage" and is also the Arabic word for Friday, the Qur'an emphasises the significance of Friday as a hallowed day of worship. "O you who believe!" it says. When you hear the call to congregational (Friday) prayer, go straight to God's recollection and stop trading.

Friday prayer, also known as Congregational prayer, is a Friday prayer (alt) that Muslims perform after midday instead of the Zuhr prayer.

No comments to show.